What do the recent spate of superhero movies from Hollywood reflect, but America's desperate yearning for a messiah, a savior, or angel, such as the post-modern angel in "Hancock," played by Will Smith? 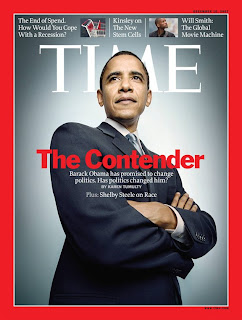 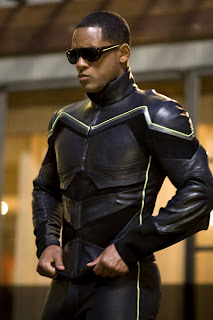 OSLO – The announcement drew gasps of surprise and cries of too much, too soon. Yet President Barack Obama won the Nobel Peace Prize on Friday because the judges found his promise of disarmament and diplomacy too good to ignore.

China Desk: Apparently even the Nobel Prize Committee judges are not immune from the yearning for a messiah.

They have essentially awarded Obama the Nobel Peace Prize in advance, in the hope that Obama will deliver on his implied promise.

Let's hope they're not disappointed.

China Desk Update (2011.12.12): The inevitable disappointment has since set in and is now well advanced. Consider the following excerpts from an article by Gene Healy.

Obama's current difficulties were entirely predictable, however. It isn't just that he's been a terrible president, it's that no earthly figure could deliver the miracles he promised: among other things, "a complete transformation of the economy, "care for the sick and good jobs to the jobless," to "end the age of oil in our time," begin to heal the very planet and, perhaps most unrealistically, "fundamentally change the way Washington works."

Like they say, though, it couldn't happen to a nicer guy. Since Obama has stoked irrational public expectations for presidential salvation in virtually every public policy area, it's hard to feel sorry for him.

The Framers' envisioned a modest constitutional "chief magistrate," who would secure the rule of law, not overturn it. But decades of longing for a national redeemer have turned the presidency into a constitutional abomination: an office that promises everything and guarantees nothing, save public frustration and the steady growth of federal power.

The quest for "transformational figures" and "redemptive presidents" reflects a dangerous, adolescent view of the presidency. If only it were limited to the lad-mags.

China Desk: If only it were limited to the comic books, or "graphic novels."
Posted by Bevin Chu at 1:04 AM No comments: Links to this post