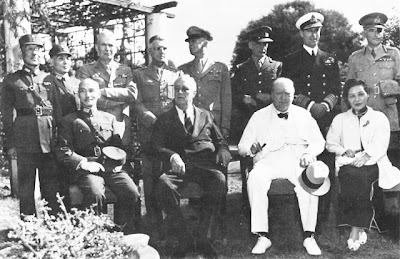 On September 11, former Republic of China President Chen Shui-Bian was convicted on four counts of corruption, and given a life sentence.

Chen is now demanding that the U.S. Court of Appeals order his release, arguing that the United States still has authority over the island of Taiwan.

Chen says that under the terms of a 1951 peace treaty with Japan, the United States remains the "principal occupying power" of Taiwan, and that as president of the Republic of China, it was his duty to accept orders from U.S. military officials.

Chen says that because of his unique relationship with the United States Military Government for Taiwan, he enjoys immunity from prosecution by the very government for which he was president for eight years.

Chen, in short, has invoked the "Taiwan's Undetermined Status Theory."

Does Chen's argument have any merit?

Taiwan is China's sovereign territory. Taiwan is one of China's thirty odd provinces and autonomous regions. Taiwan has belonged to China since the Ming dynasty, longer than the United States of America has been in existence. The island of Taiwan was once part of Fujian Province. In the late Qing dynasty Taiwan was upgraded to the status of a province.

Japan extorted Taiwan at gunpoint from China on April 17, 1895, but was forced to return it to China on October 25, 1945, following Japan's defeat during WWII. October 25 is celebrated annually on Taiwan as Taiwan Retrocession Day.

Japan formally returned Taiwan to China in two official Taiwan Retrocession signing ceremonies, one in Nanking, the other in Taipei.

The so-called "Taiwan's Undetermined Status Theory" is sheer sophistry, and amounts to a brazen attempt to annex another nation's sovereign territory.

In the Cairo Declaration of 1943, the United States, Great Britain and China jointly agreed that:

"All the territories that Japan has stolen from the Chinese, such as Formosa and the Pescadores, shall be restored to the Republic of China."

On July 26, 1945, the three governments followed this up with the Potsdam Proclamation, which affirmed that:

"The terms of the Cairo Declaration shall be carried out." 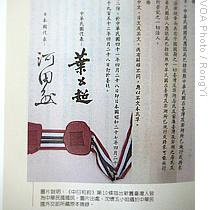 Article 4 of this treaty clearly and unambiguously states that:

"It is recognised that all treaties, conventions, and agreements concluded before 9 December 1941 between Japan and China have become null and void as a consequence of the war."

In other words, the Makuan Treaty of 1895 (aka Treaty of Shimonoseki) has been rolled back, and Taiwan, including Diaoyutai, as well as Penghu, revert to China.

Prior to the Korean War, the US accepted Chinese sovereignty over Taiwan. But the fighting that broke out in the Korean peninsula in June 1950 changed the US attitude. Seeing Taiwan's value as an 'unsinkable aircraft carrier', a famous characterisation by General Douglas MacArthur, the US began to say that 'the status of Taiwan was undetermined'. To give legal basis to this claim, the 1951 San Francisco Peace Treaty with Japan merely committed the latter to surrendering Taiwan but did not specify to whom the island was to be returned. This amounted to a repudiation of US treaty obligations as spelt out in the Cairo and Potsdam instruments.

It is unconvincing to say that when a Chinese territorial issue was at stake, the Cairo and Potsdam declarations, to which the ROC was a signatory, should carry less weight than the San Francisco Peace Treaty to which China was not.

Simply put, Japan annexed Taiwan by defeating China, which regained the island by defeating Japan half a century later. This historical fact is so crystal clear that in pre-1945 days, no one in the international community had ever raised doubt about it.

The 1972 Shanghai Communique codified this US position.

"Principle One: There is one China, and Taiwan is part of China. There will be no more statements made to the effect that the status of Taiwan is undetermined."

Taiwan's status is not "undetermined." Taiwan belongs to China.
Posted by Bevin Chu at 8:34 AM 3 comments: Links to this post